The number 8 is considered to be the luckiest number in Chinese culture. The shape of the Chinese character for 8 (八) starts narrow at the top and gets wider toward the bottom, suggesting expansion and growth and a great, wide future, and the pronunciation of the character ba is similar to the word fā, which means wealth and good fortune in Chinese. Because of the lucky character of the number, prices in Chinese supermarkets often contain many 8s, the Chinese government has been auctioning car license plates containing many 8s for tens of thousands of dollars, and one Chinese airline paid $340,000 to get all 8s for its sales line. So it’s not surprising that when China won their bid for the 2008 Olympics, they opened the Beijing Games on 8/8/08 at 8pm.

The number 88, therefore, is considered to be highly auspicious and when someone reaches this age, it is a time for special celebration. East Asian cultures have long venerated their senior citizens, treating them with far more respect that they are given in many Western cultures. In Japan, which has been deeply influenced by Chinese culture and beliefs, the celebration is of special importance. The eighty-eighth birthday is the occasion of beiju (米寿), “rice age”, because the Chinese character for rice, 米, looks like the characters for eight tens plus eight (八十八). Because rice has long been the staple food and the currency of the country, reaching the “rice age,” was considered a great achievement. 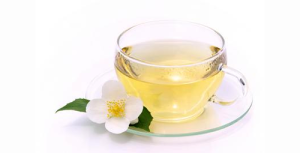 Today my father-in-law Steve turned 88. He didn’t think it was a particularly special age, so when we met him for lunch today, I shared with him a little of the East Asian perspective on the year. At the time I didn’t know about the connection with rice, or I might have given him a bag of rice as a gift. However, I gave him a small can of fragrant jasmine tea from out kitchen cupboard to mark the importance of his age in the East. The tea is made by infusing green tea with jasmine blossoms and has countless health benefits, including a reduced risk of heart attacks, a stronger immune system, reduced stress, improved digestion, and lower cholesterol. Although there is no guarantee that this year will indeed be an auspicious one for Steve, hopefully the tea will help keep him healthy and with us for many more birthdays to come….