Coffee gatherings after school drop-off are especially fun when John joins our group. John is a regular, but he often disappears for a month or so at a time to shoot a tv show. When he comes back, the laughter level increases noticeably.

Armed with keen observational skills and a wicked sense of humor, John has a knack for regaling the group with hilarious accounts of characters he deals with for work or funny stories about his family, who he describes as “completely ADD,” but who we all know to be incredibly creative individuals. Though I haven’t had many heart-to-hearts with John, I have a strong sense that he is someone who lives life fully and honestly. He loves to surf, rides and collects motorcycles, travels, makes his own wine and is crazy about his lovely wife, Carly, who is his childhood sweetheart, and their two cool kids.

I knew I really liked John one morning a couple of years ago when we’d been comparing notes on our then 8-year old sons and how difficult they can be sometimes. When I would talk to certain other parents about my struggles with our son Theo over homework, they would go on proudly about how their little girls would finish all their week’s homework in one day or how they found their work too easy. That deepened my despair. But not John. I think he was the first parent to share with me that he had similar issues with his son and homework. It made me feel so much better that we weren’t alone with this problem.

One evening back then, Theo was being particularly uncooperative and I was starting to lose my patience. But instead of letting myself sink into darkness, I picked up my phone and texted John a quick note describing my homework hell. He responded sympathetically saying that he was also having a rough time with his son. I joked that I was about to hit the bottle, to which he responded with a photograph of his own half-empty wine glass and the words, “It has begun.” I laughed so much I almost cried – but not the tears of despair that I’d expected to be shedding that evening. Knowing that there were other parents out there going through the same pain took the edge off my desperation and made it easier to deal with the homework struggle without snapping. A glass of wine every now and again has helped too!

So today at coffee this morning, I gave John a little book about bars and clubs in the Los Angeles area – for his next date night out with Carly perhaps. On those mornings when school drop-off can be almost as stress-inducing as homework, I feel very lucky to have a friend who can make me laugh as hard as John does. But even more than that, I am grateful to John for his ability to know when it’s important as a friend to be open and honest and real. 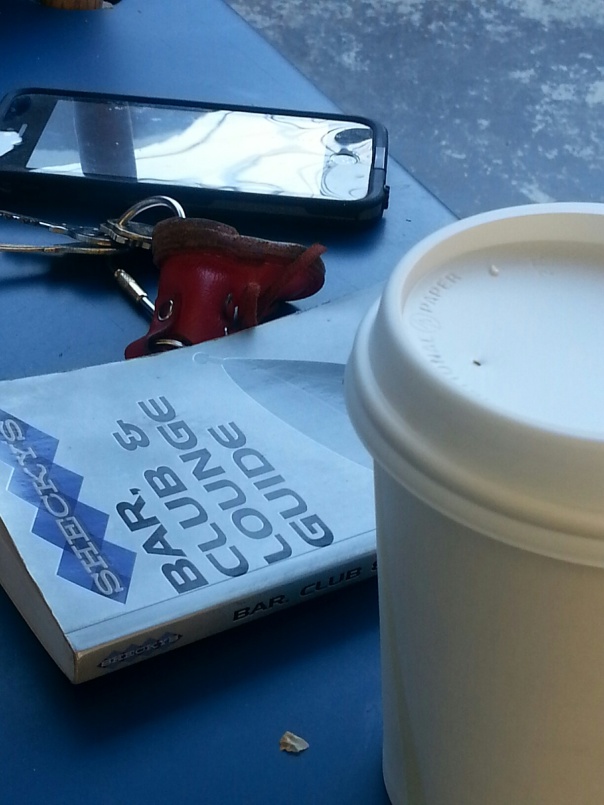