Throughout this year, I have included many friends from different parts of my life in this Giveaway project – friends in Scotland, Canada, England, the United States – but I sadly left out many dear friends in Japan. This isn’t because I don’t feel grateful to them for all they have done for me in my life. On the contrary, I carry a debt to Japan and my Japanese friends that I will never be able to repay. Rather, it’s because I communicate with most of them in Japanese and it would be too hard for me to write about them in Japanese – and impossible for my regular readers to read what I write. But today, before the year ended, I wanted to send a gift to one family in Japan who have been very special in my life and who, in many ways represent the immense kindness that I have felt from my Japanese friends since I first visited the country when I was 21.

Mr. Suetake was my boss when I worked as a Coordinator for International Relations at the City Hall in Hita, a rural city in Oita prefecture. An elegant man with a dry sense of humor, he was the kindest, most encouraging first boss someone fresh out of university could dream of. I arrived in Japan full of confidence that I could change the world, and although I must have seemed a bit obnoxious to him at times, he listened to my over-ambitious ideas, supported some of them at the risk of looking foolish to his superiors, and enthusiastically discussed cultural differences and similarities with me. He was keen to learn but also to teach me too. Furthermore, he welcomed me warmly into his family and invited me to learn flower arranging, or ikebana, with his mother-in-law, Chieko-sensei. I hadn’t really wanted to study ikebana, but she was so loving and she worked such artistic magic with flowers that I spent a whole year studying with her – something that served me well later when I became a Japanese art historian and studied Japanese aesthetics.

His wife, Kazumi, who also worked at the City Hall, was equally as open-minded and keen to learn about the world as he was. A highly refined artist, like her mother, she was a calligrapher and painter as well as a civil servant, and she probably has the largest, warmest smile I have ever seen, one that consumes her whole face. Their two daughters Miho and Riko inherited that smile and the warm kindness possessed by the whole family. I have many dear memories of my time with the Suetake family – from participating in traditional festivals with them, traveling around the UK with Kazumi and the rest of my English class, learning ikebana with Chieko on their tatami mat floor. However, the ones I hold dearest are those of sitting around their kitchen table eating Nagasaki champion noodles and other delicious home-cooked dinners with them. More than anyone else, they made me feel truly at home in Japan for the two years I was living there and missing my own family.

I remember one day Kazumi made a cassette tape of Billy Holiday’s music for me. I listened it often over the years, and it always reminded me fondly of her. Today I sent some music I enjoy to the Suetake family, a CD of the music of Debussy arranged for the ten-stringed guitar. Debussy was a great lover of Japanese art and was inspired by Hokusai’s Great Wave image to compose his work La Mer; he included part of the image on the cover of the 1st edition of the score. The music on the CD is beautiful, gentle and embracing. I can imagine it playing softly it in the background of their home as Mr. Suetake reads a book (possibly in English – he was always very good!), or while Kazumi paints or while Chieko gently snips at the stalk of a flower and places it perfectly into a vase. 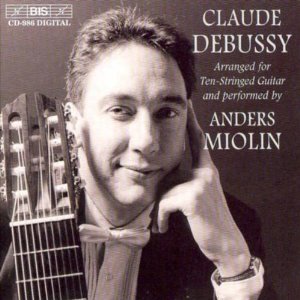