I’ve been feeling bad for Theo this week as it hasn’t been much of a Spring Break for him sitting around the house with an under-the-weather mum and a bit of a cough. He’s had a couple of nice play dates this week, has mastered his pogo stick and has been doing a bit of reading and homework too, but much of his time has been spent glued to his computer screen. I can’t help remembering a winter break a few years ago when he and I were both sick with a cold and I couldn’t send him to camp or ask someone else to look after him. I had a deadline to finish writing a book, so I let him watch movies while I struggled to write. At the end of that week, he uttered words that I’m sure no other parent has ever heard: “Mummy, you’re making me watch too much t.v..” I already felt physically awful; that comment made me feel like the world’s worst parent. This week hasn’t been that bad for Theo. Although he has undoubtedly spent way too many hours on his computer by my reckoning, he has been pretty creative, playing various versions of the video game Minecraft, watching Youtube videos and uploading videos onto his own Youtube channel (which he’d like me to promote, so https://www.youtube.com/channel/UCFbXdyqQrvRsZNY6Nn5cpJA). 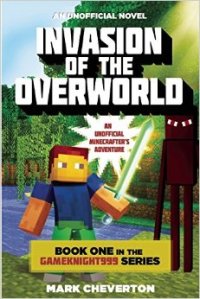 Today, however, I wanted to have some quality time with him in the real world, so I suggested we go to Barnes and Noble and return a book he didn’t want, buy a new one and then get some crepes for lunch. With some reluctance, he extracted himself from his game and we headed for the bookstore. The book we were returning was a Minecraft one that he’d bought a few weeks ago and then decided he didn’t want to read. Unfortunately, the cashier told us we were too late to return it, so we discussed what we could do with it as we headed up to the kids’ book section. Maybe we could give it away to someone we knew or even a stranger, perhaps some kid who happened to be at the Minecraft section. As we stepped off the escalator onto the top floor and turned towards that section, we saw a familiar face. It was Theo’s buddy Quinn, with whom he’d been scheduled to have a play date earlier this week, but we’d postponed because he’s particularly vulnerable to bronchial infections. Theo’s face lit up and for a few minutes the two boys quickly caught up on their weeks’ news, mostly about Minecraft. Sensing an opportunity, I showed Quinn Theo’s book and asked him if he’d read it. He hadn’t, so Theo gave it to his friend, a happy moment that we later called a nice “Quinncidence.” As Theo also suggested this be my Giveaway for today, I offered to buy him another book, and fully expected him to choose some other Minecraft or fantasy book. But instead, for the first time ever, he didn’t want anything and we left the store empty handed, both apparently satisfied with our little reverse shopping trip.